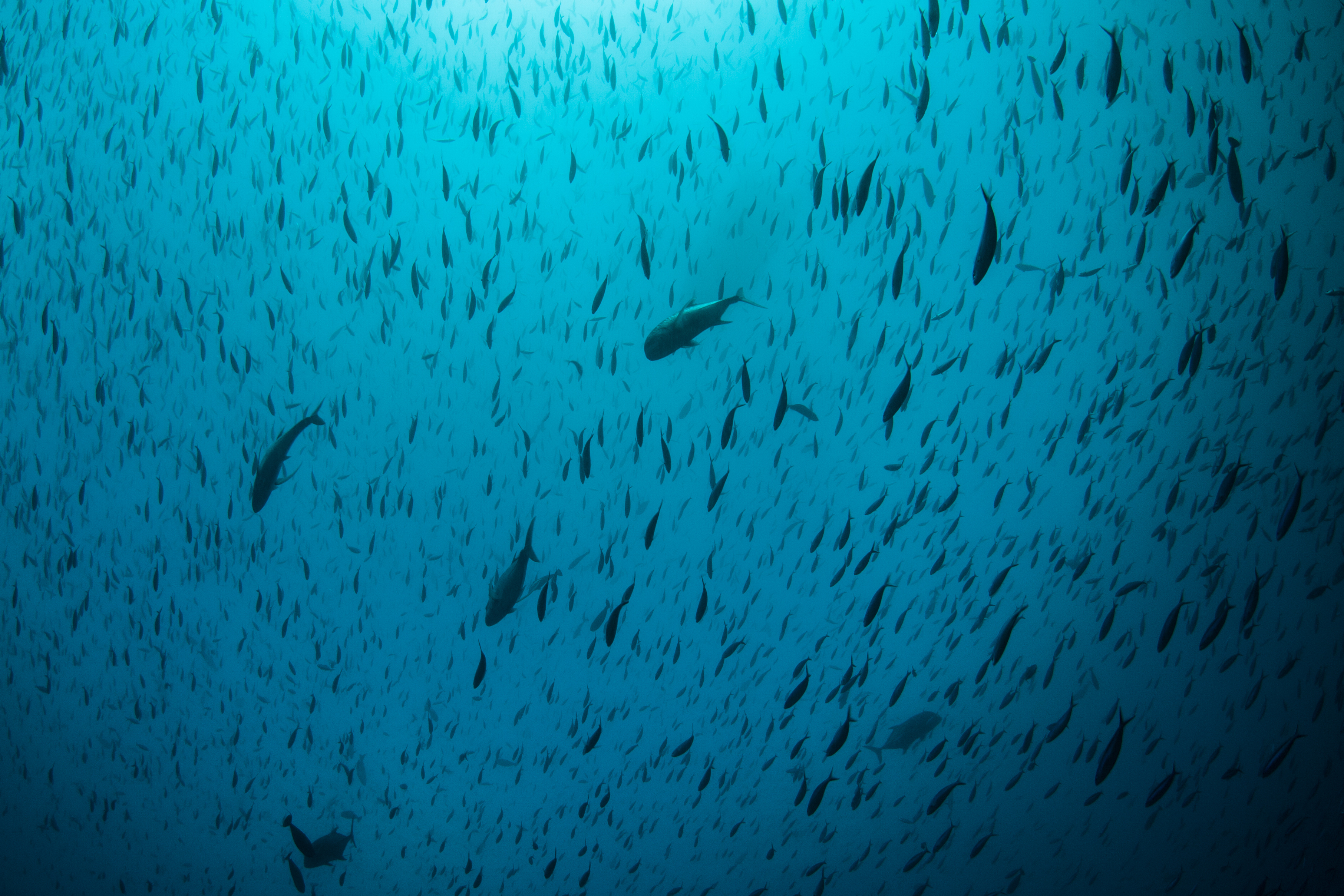 What if the world wakes up to the threat of marine chemical pollution? - An imagined scenario from 2045

How Asia’s approach to marine chemical pollution restored the region’s seas to health – while some other parts of the world have struggled. An imagined scenario from 2045, grounded in historical fact, current speculation and real science.

The overall aim of this report, which is written by Economist Impact, for the Back to Blue initiative of Economist Impact and The Nippon Foundation, is to bring the issue of marine chemical pollution to a wider audience, one that includes policymakers, governments, the chemicals industry itself, the broader business community, the finance sector, civil society and consumers.

Chemical pollution—of land, air, rivers, watersheds—has been a festering issue for decades, occasionally prompting resolute action. But only recently has the scale of chemical pollution become more apparent. Chemicals in the form of nutrients, heavy metals, persistent organic pollutants, sewage and many others are being uncovered almost everywhere—in soils, aquifers, food chains, remote ecosystems such as the Antarctic, in the highest and lowest places on Earth, and in humans. As evidence accumulates of its impact on nature and human health, there is a gathering consensus that chemical pollution is a first-order global threat, alongside climate change and biodiversity loss, and often compounding the impacts of these other issues.

The ocean is fundamentally important to all life on Earth. It covers 70% of the planet’s surface and comprises 99% of its habitable space.1 It is therefore remarkable that there has not yet been a serious scientific assessment at scale of marine chemical pollution and its impact on life in the ocean, marine biodiversity and how ocean ecosystems function, and ultimately on the ocean’s overall health. This report seeks to set out clearly what is known about its impact and where our knowledge gaps sit, prompting the urgent need for more research.

This section outlines the key chemicals and chemical groups of greatest concern when it comes to marine chemical pollution, looking at the known causes and impacts of each group.

This section seeks to map accountability for marine chemical pollution across the chemicals lifecycle, from those involved in the pre-production phase – including extractors of the fossil fuels, minerals and metals that are used to manufacture industrial chemicals – to those who make and use chemicals, and the public- and private-sector operators that manage the end-of-life waste process.

3. Towards an anthropogenic crisis?

While some marine chemical pollution is wholly independent of human activity (natural emissions of some heavy metals, for example, some nitrogen and radioactive materials emissions, and the significant release of minerals and gases from undersea volcanoes), its rapid growth in recent decades is due to humans. In other words, the source of this growth is anthropogenic, with most occurring in the past century or so. This chapter will look at marine chemical pollution in this broader context to explain why the need to act has become urgent, and why doing so will prove crucial both to the health of the ocean and to that of the planet itself.

4. Measuring the impact and risks of marine chemical pollution

This chapter sets out the evidence – to the extent that this can be established – of the impact of marine chemical pollution on the ocean environment and on human health. Determining a baseline for these costs is an urgent need, as this would allow a series of recommended interventions and actions to be modelled according to their estimated future benefits. It concludes with an in-depth case study on the impact that marine chemical pollution has had on the fishing industry in the Gulf of Mexico.

This chapter looks at regulatory and policy solutions to prevent marine chemical pollution, as well as ways to mitigate and resolve it. To that end, it outlines key aspects of international, supranational and national regulation, explains the current state of play – including explaining why the EU is the global leader – lists key barriers to progress, and details a number of crucial interventions needed on the regulatory and policy sides.

This chapter looks at the role of the chemicals industry in marine chemical pollution, assesses the steps it and its clients need to take, and looks at the risks it faces should it not act. It also examines pathways to progress (including green chemistry), assesses barriers to change, and concludes with a roadmap for industry-led action.

This chapter looks at the role that finance can play in tackling marine chemical pollution, and assesses the steps that financiers and their clients need to take – not least given the increasing prominence of ESG considerations, and the shift within ESG from solely green factors to blue factors. It also examines the need for better information and data to help investors in their decision-making, and the risks and rewards of a chemicals industry in transition, and assesses how that transition can be funded.

This chapter examines the roles that civil society and consumers can play in curbing marine chemical pollution. It argues that, although public awareness of this issue is relatively low, previous successes by civil society groups map a way forward. This includes using visual, science-based storytelling to counter apathy, along with realistic, achievable solutions that people can implement in their daily lives.

Continue reading by downloading the full report: THE INVISIBLE WAVE: GETTING TO ZERO CHEMICAL POLLUTION IN THE OCEAN