Putting social equity at the centre of ocean sustainability

How a global network of interdisciplinary ocean experts is tackling systemic injustice by creating a more equitable and diverse approach for the future.

The evidence is clear: our world’s oceans are deeply impacted by climate change. But what we often fail to acknowledge is that the effects of climate change are not experienced among people equally. More specifically, research shows that current socioeconomic trends will enhance the disparities of climate impacts on people and communities based on their geographic, economic and political positions.

When we focus solely on adapting to climate change through the lens of ocean protection, we are in fact ignoring societal contexts and histories that benefit some groups over others. The oceans are not an environmental realm ‘out there’ to be fixed but rather, are entangled in the daily lives of millions of people as sources of livelihood, wellbeing and cultural identity. Since the drivers of ocean change, and the effects of these changes, are moderated by institutional and societal factors, promoting equitable solutions to a changing ocean must be based on the real conditions of what it means to live with the oceans.

The Nippon Foundation Ocean Nexus Center is a transdisciplinary international network of ocean researchers focused on bringing social equity to ocean governance, built on a 10-year partnership between the Nippon Foundation and the University of Washington.

“For decades, the state of the world’s oceans has been a troubling issue for me. And now more than ever, the emerging scientific evidence around the impacts of climate change is reconfirming these concerns. As our understanding of the changing state of our oceans deepens and the risks to human existence are brought to bear, The Nippon Foundation’s commitment has evolved to seek equitable solutions for the oceans and for humanity. With the Ocean Nexus, we aim to nurture and promote a global network of ocean experts with diverse perspectives, to guide us to take the necessary steps to pass on sustainable and equitable oceans 1000 years into the future” states Yohei Sasakawa, chairman of The Nippon Foundation.

“Our goal is to achieve ocean equity, which will be undermined if we stay on our current path, not only due to climate change but also due to the legacy of colonialism and hegemony,” says Yoshitaka Ota, the Center’s director and a professor at the University of Washington’s School of Marine and Environmental Affairs. “We propose three critical steps to transform that path. First, we must recognize how we have approached ocean issues without accounting for the burden we caused for others. Then, we can help people that are currently in harm to recover. Finally, we can reverse inequality and injustice by transforming our economic and governance systems”. 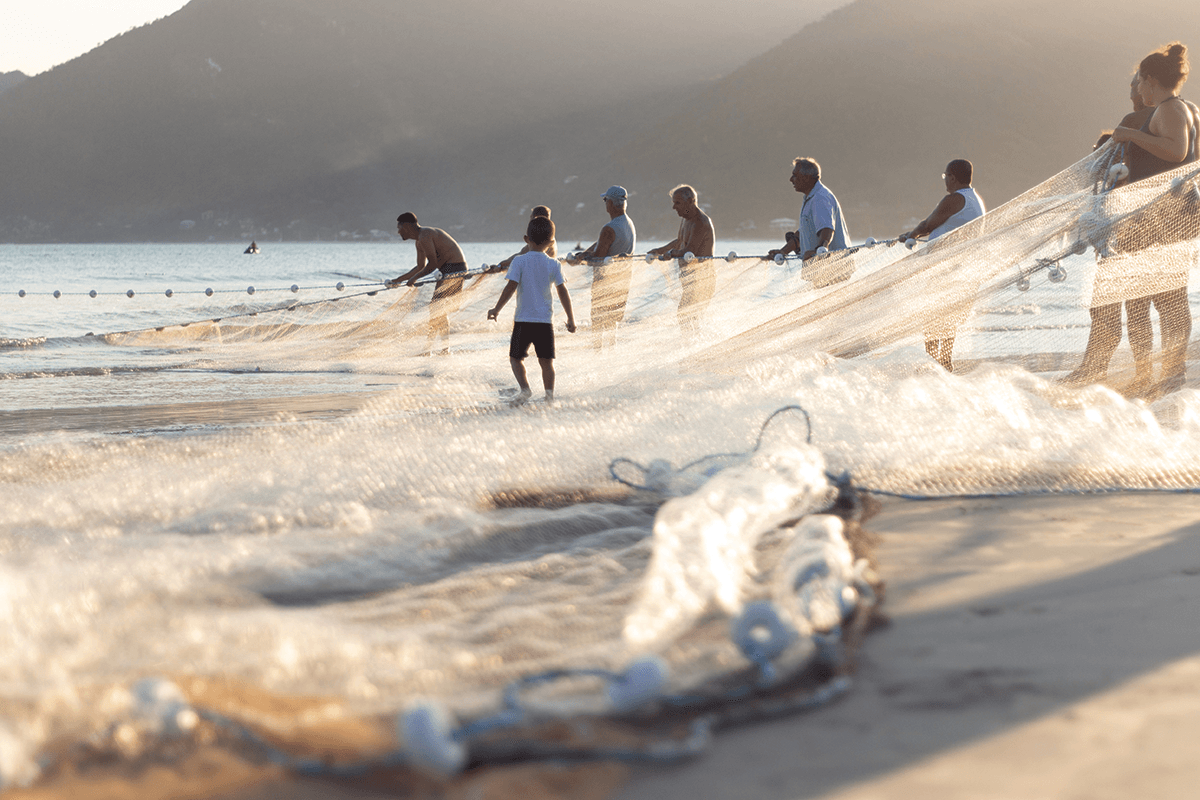 “Our goal is to achieve ocean equity, which will be undermined if we stay on our current path, not only due to climate change but also due to the legacy of colonialism and hegemony”

“Critical to oceans equity is the understanding of the interface of oceans and human health,” says Dr Elaine Faustman, a professor at the University of Washington School of Public Health. “Too often we violate the construct that all peoples around the globe have a voice in defining wellbeing for themselves and their families, by dismissing the disproportional impacts of our actions and inactions in ocean governance on island and coastal communities”. Broadening the concept of health and wellbeing beyond absence of disease, the Center’s research defines the concepts of wellbeing within a context of cultural sustainability, ocean and human health supported with human rights, dignity and voice.

Another research project at the Ocean Nexus Center, led by Dr Andrés Cisneros-Montemayor, an assistant professor at Simon Fraser University’s School of Resource and Environmental Management, provides a novel global framework to understand how the role of human-versus-natural capital factors in achieving sustainable blue economies.

The project, published in Nature, examined the extent to which equitable and sustainability benefits of oceans — known as a blue economy — are likely to be achieved based on available resources and enabling governance conditions, including gender and group equality, corruption and national stability. The team found that socioeconomic and governance factors accounted for more of the difference in projected capacity to deliver a blue economy than available natural resources did. These differences can be seen throughout the developing world, but also within regions, including Europe and North America, currently focused more on growth than on equity and sustainability — precisely what a blue economy intends to avoid.

“The barrier to achieving equitable and sustainable development in oceans isn’t in finding the resources. The gaps we found are on the human and social side and in figuring out how those sectors can bring equitable benefits to people,” says Dr Cisneros-Montemayor. While the research showed a large number of countries struggling to put in place the necessary institutions and governance conditions, the power in shaping outcomes was actually a cause for optimism, as it puts agency in human hands.